James Dyson is one of those billionaires that should not be. When you think of a self made millionaire, you may think of someone who came up with extraordinary ideas or did great things. But he made his billion dollars by inventing Dyson vacuums. In a way this makes him more of a genius then others. He took a basic idea, added to it and boom, it spread like wildflowers and he was a huge success.

He was born in Norfolk, England in 1947. His education came from Gresham’s school and Royal College of Art. He married in 1968 and the couple had three children. It was his wife who partially supported him while he was developing the vacuum cleaner. 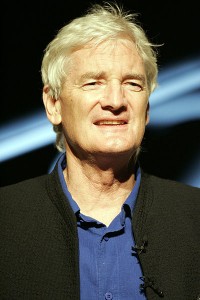 He had several inventions before he invented the Dyson vacuum. One was the seatruck and then the Balbarrow, where he used a ball to replace the wheel on a wheelbarrow. He then invented a trolleyball to launch boats.

In the late 1970s he started toying with the vacuum idea. He was interested in creating a cyclonic separation. He wanted to make a vacuum that would not lose its suction power. He was always frustrated with his own vacuum that constantly become clogged and lost suction. So started the Dyson vacuums. He got his first patent on the idea in 1986.  But he still failed to sell his vacuum to major manufactures so he set up his own manufacturing company. He opened his own research company in 1993.  The product now outsells all of the companies that turned him down. In 2005, Dyson was selling more vacuums in the United States then anyone.

He was not done. He continued to come up with new ways to make an even better vacuum, with a greater suction power. He also was able to get rid of the bag completely in his vacuums. When other companies like Hoover, came out with bagless vacuums, he sued and received 5 million dollars. In 2005, he added the wheel ball idea to his vacuum, to make it easier to push around. He also invented Dyson hand held vacs and hand dryers.

He moved his company from England to Malaysia. He then was able to employ more people from the UK then before he moved.

He is involved in so much more then just vacuums; he also is responsible for coming up with the All-in-one kitchen appliance kit. This is designed to make a space saver kitchen, with stack-able appliances. He is also now working on a lightweight electric motor that would produce an enough electricity to power a car for hundreds of miles.

So just because he may not seem to be the usual self made millionaire, we now know that he is more then just some guy who invented a cyclone vacuum. He is a man who not only has a lot of great ideas but he also has the determination to bring these ideas alive and make them work. This is why he is worth over a billion dollars.